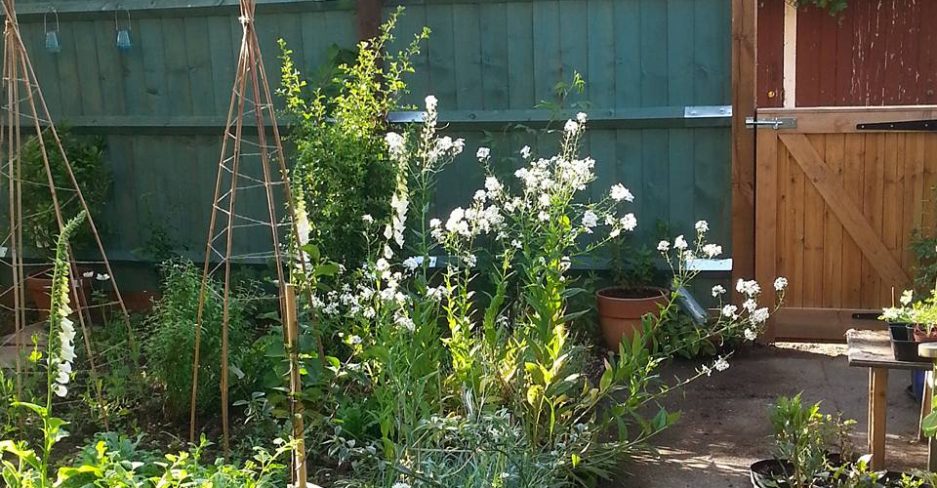 “What’s in a name? That which we call a rose,
By any other name would smell as sweet” – William Shakespeare, Romeo and Juliet

“I read in a book once that a rose by any other name would smell as sweet, but I’ve never been able to believe it. I don’t believe a rose WOULD be as nice if it was called a thistle or a skunk cabbage.” – L.M. Montgomery, Anne of Green Gables

Regular readers of plant and seed catalogues like myself will have spent a lot of time contemplating the names chosen by plant growers and their marketing teams for new plants, sometimes with horror. There are the revoltingly cute names – calling a hydrangea ‘Pinky Winky’ is an insult to a lovely plant. And there are the obvious marketing ploy names – a plethora of roses called things like Ruby Wedding and Golden Anniversary. I have a personal prohibition on buying any plants named after members of the Royal family, of which there are many: my own unnoticeable republican defiance. Upmarket rose growers David Austin tend to favour literary references and allusions to a romanticised English gardening past: Lady of Shalott, Gertrude Jekyll, Sceptr’d Isle.

This year, in recognition of the role played by the NHS during the pandemic, David Austin marketed a new rose Nye Bevan, “an uplifting rose bearing unusual open cupped flowers of soft yellow, paling to cream”. I’m not sure why they chose a yellow rose to name after the great Labour politician and founder of the NHS – surely red would have been more appropriate? – but I look forward to David Austin persevering with the rich possibilities this new naming convention might offer. Perhaps in the future they will produce a robust orange rose called Barbara Castle, or a vigorous climber called Harold Wilson. Breeders of other plants could join in: Clematis Attlee. Herb-ert Morrison. Hardie perennials… (that’s enough – Ed).

Sometimes it is the name which makes the rose. In the 1930s, French rose-grower Francis Meilland developed a new hybrid tea rose which he named Madame A. Meilland after his mother, and sent cuttings of it around the world to protect the rose during the German occupation of France. In 1945, he asked Field Marshal Alan Brooke if the rose could be renamed after him to honour him for the role he played in the liberation of France, but the Field Marshal declined and suggested instead that the rose be named ‘Peace’. Duly named, Peace roses were sent to every delegate at the inaugural meeting of the United Nations.

Today, it is impossible to walk down a suburban street in the UK without finding a garden where Rosa Peace is grown. It is a rose with beautiful flowers – yellow with soft pink edging – and although I am not wild about it as a shrub, it is easy to grow and disease free. But I wonder if it would have reached its level of popularity, not to say ubiquity, with post-war gardeners if it had still been known as Madame A. Meilland, or Field Marshal Brooke.

Rather less peacefully named is the red rose Atom Bomb, bred in Germany in 1953 by Reiner Kordes. Very little information is available about this rose online, except for this very brief description (“Floribunda. Red. Blooms in flushes throughout the season.”) Nor is it mentioned in any of my rose books; one assumes the name was chosen as an emblem of modernity and the space age, in a time before the anti-nuclear movement had become mainstream. Writing in 1958, Katharine White identified a similar trend: “In several of the catalogues, there is a new petunia called Satellite. I suppose it was inevitable. There is also a calendula named Radar and a gladiolus named Atom. Satellite is quite pretty – a brilliant rose-coloured single petunia marked with a perfect white star.”

Rosa ‘Atom Bomb’ is not available to purchase, as far as I can tell, but Australian artist Gabriella Hirst tracked down a plant and propagated it for her artwork How to Make a Bomb. Several Atom Bomb roses were planted as a peace garden/art installation in Gunners Park, in Shoeburyness, with a plaque explaining the connection between the installation and the history of the nuclear weapons development site at Foulness Island, where the first British nuclear bomb was built in 1952, a year before Rosa ‘Atom Bomb’ was developed.

It’s a beautiful idea for an artwork; the contrast between the tender, patient work of grafting roses and the vast destructive power of nuclear weapons is so powerful, as well as the geographic links between the weapons development site at Foulness and the testing sites on indigenous land in Australia. Hirst said that her work “aimed to hold space for contemplation of British colonial legacy – an unavoidably complicated legacy which contains such seeming opposites as rose gardens and enduring nuclear violence. “

No complaints were made by the residents of Shoeburyness, but two Conservative councillors insisted that either the wording on the plaque be altered or the garden be removed, so you can’t see the artwork/garden any more. It is a great shame, and yet another awful example of the way that the right wing in this country are increasingly seeking to censor and erase honest examination of our violent colonial past.

The British Nuclear Test Veterans’ Association quotes a nuclear test veteran who was present at the 1956 Operation Mosaic Commonwealth atomic tests, who said “it is just facts that are quoted, and I think the Council are going over the top with their complaint in this respect. I love the garden and would like to have a rose if possible.”

One thought on “What’s in a name?”